Sometime ago I wrote about how I had to retire my Nike+ TomTom digital watch. A bit triumphantly, maybe? A bit of a tumultuous journey later, here I am getting the TomTom Spark Cardio. Bummer extraordinaire that I hadn’t just stuck with the Nike+.

I actually was never pleased with the tech that followed- JawBone and FitBit– yes I know I am a fitness tech junkie. (My brother is still using his FitBit, and even after his band broke after two months of use, he got a replacement and is using it.) But from the looks of it, Nike is no longer in the business of making (or licensing?) sport tech, like the watch.  Right from the get go it appears to lack the Nike signature swoosh logo, even name. The watch appears on the Nike website and I came to own it through a Nike voucher program (more on that later).

But I have a Nike+ voucher to use. Nike was generous enough to take back the broken Nike+ TomTom (which you can still get over Amazon!) sports watch I wrote about a year ago. In its place they gave me a voucher for 133 bucks which I could use only on the Nike website. With free shipping on Nike products and comparable Amazon prices, I was limited to two options- the Garmin Forerunner 235 or TomTom Spark Cardio sport watch. The Garmin is ridiculously priced, at 330 bucks, which got me to buy the TomTom Spark Cardio.

How Do You Choose?

What is clear is that Nike still interfaces with the TomTom watch the same way that the Nike+ watch did, with the added feature of not requiring the sensor pod. There just is a robust offering of tracking methods (Nike+ was for runners, this Spark has the ability to track swimming, rowing, cycling), the added sensor to track heart rate, along with probably the main reason it costs 250 smackers- a large memory cache to hold, and play, your favorite music and listen to it via bluetooth headphones (which explains why Apple may be getting rid of the headphone jack!).

I don’t much care for the music feature. Most of my running and rowing are done indoors while I watch TV, and while for cycling I like to use Strava app on my iPhone.  What I would prefer is that TomTom offer a product sans music, therefore I don’t have to pay the extra hundred bucks, but with the same features. Que? 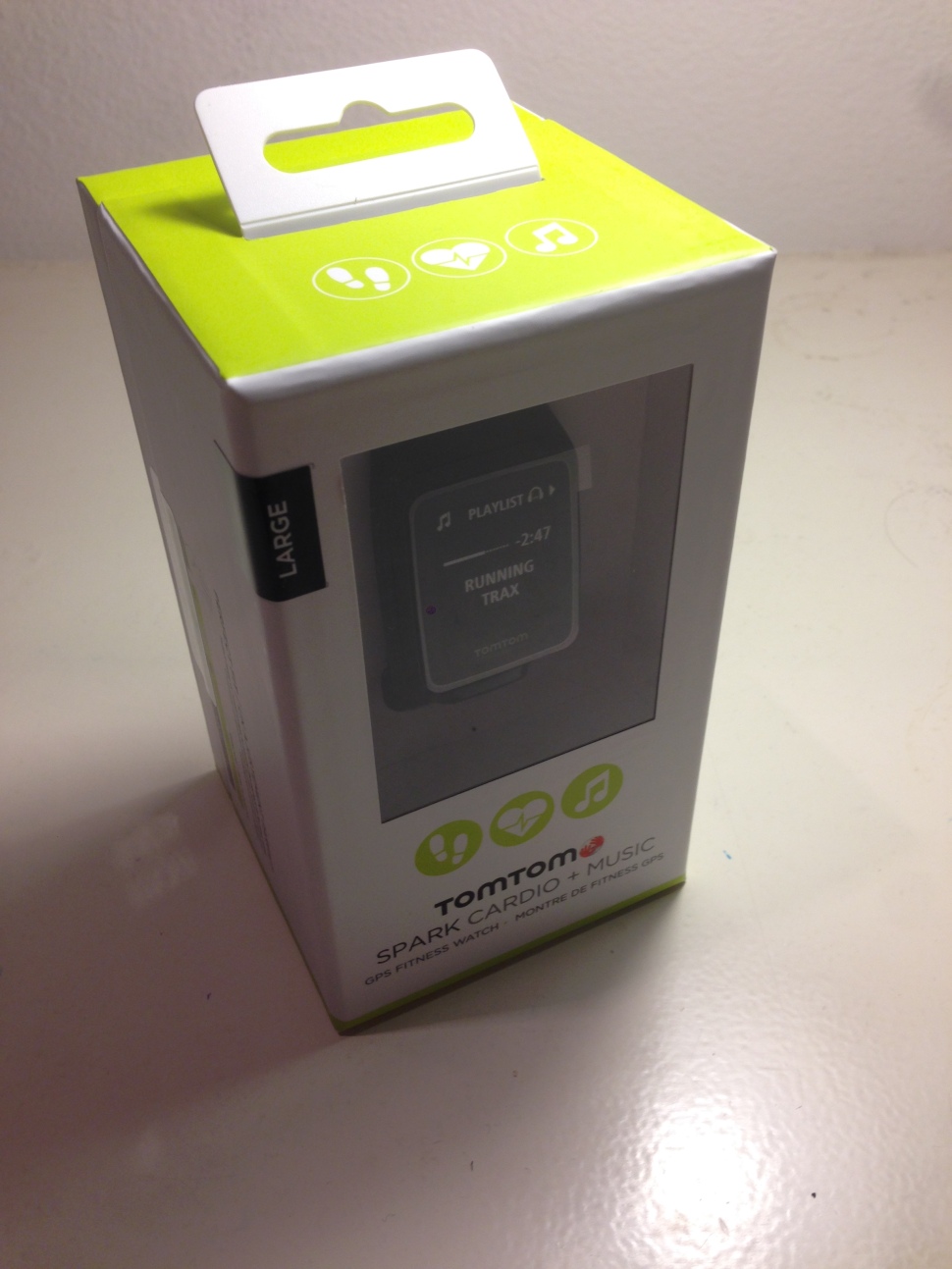 Well you can go for the TomTom version that lacks music capacity, however, you then loose the ability to track your heart rate, which is one version. There is yet another version which, as the first version, has that same trade off, making it seems that TomTom couples heart rate tracking sensor with the extra music storage/playback capacity.

Also, with music you need good way to actually hear what you have on the device. One issue I have always had with bluetooth technology was that it requires line of sight to keep the signal strong. I can’t imagine how a watch and pair of headphones patched together by bluetooth will keep a strong signal when any sport requires the constant movement of the body with various parts going in different directions. TomTom is being unrealistic here, especially since it would mean that I buy another set of headphones that are bluetooth only. 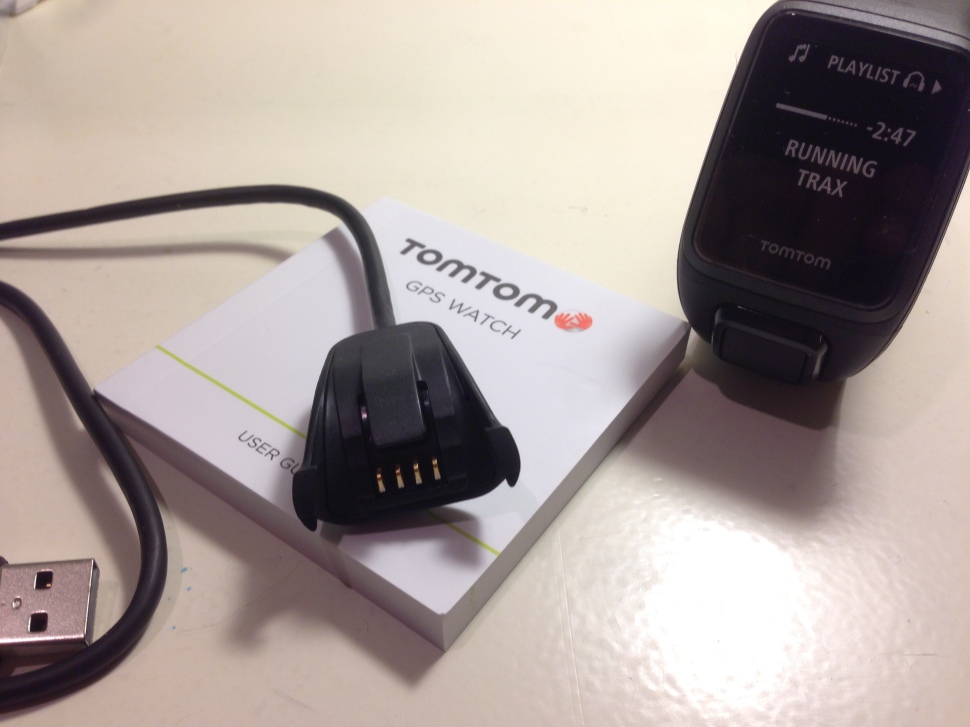 I was irked by these issues with the music, paying for something I didn’t want obviously, before I bought the watch. However, I drew some solace from RizKnows and other Nike website reviews regarding the awesome nature of the watch. Riz chose the watch as his 2016 Editors Choices (with many of the Garmin products coming in well ahead of the watch). That made me feel comfortable buying the product, however, I should have stuck with my instincts.

The folks on the Nike website, it appears, all won the Cardio Spark in a sweepstakes, so they were over the hill about their free watch, as I would be!, and I suspect that Riz also was getting his trial watch at some special TomTom event somewhere, maybe.

The watch was a great size and I loved the simplicity of the watch display. However, the charging system was a bit awkward and I was surprised to have the watch face come out of the watch band casing, like completely. This makes for charging easier but at the same time I can totally see the two things becoming separated.

Anyway, I returned my Spark. I had the following issues, and I couldn’t resolve keeping the watch when better products were on the market:

I returned it and got the Garmin Forerunner 235, along with the Garmin Index Smart Scale. I just got mine this past week and am still playing around with it, will let you know if its worth the price (and the hype!).