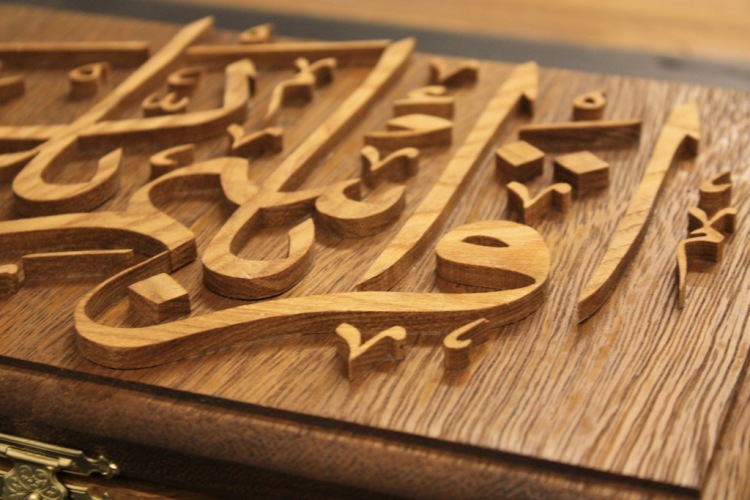 Surah Al Alaq contains the earliest revelation to the Prophet Muhammad, therefore its the beginning point of my Millennial Quran Study Project (MQSP), formally the Quran Year Project (QYP). I realized, while I was in Pakistan, that there was no way I was going to read the Quran, the way I was going through it, in a year. Reflection is a funny thing in that sense, I just couldn’t do much of it during my two months of wedding festivities and illness that left me bedridden for several days at a time while in Karachi. Moving forward with the project required a name change to accommodate this new reality and a coarse correction when it came to blogging.

Not being able to regularly blog about the spiritual and intellectual processing I am experiencing as I move forward with the project, I designed these “Field Notes” posts as my running notes on what I am gleaning, unfiltered to an extent, from the project. It serves as the first order of learning from this project for me. As such, I hope you view these particular blog posts as “Cliff’s Notes” to the project.

Also a quick note on the name change. I consciously chose to incorporate “Millennial” into the name because I felt that my project was as much motivated by the environment I am in as much as the internal factors I have already shared in previous posts. Most people approach the Quran for study as a private affair. Here I am doing the most Millennial thing possible, publicly studying the Quran on my blog for all to read. I also took out the whole deadline aspect, a year was an unrealistic self imposed timeline and if I have learned anything from my failure with the 105 Book Reading Challenge from last year, its that sometimes when things require savoring and marinating over a longer period of time, it does not make sense to hurry it along.

Surah Al Alaq -The Chapter on The Clot (Part 1)

The beginning verses mark the period in which the Prophets old life of searching for the truth and Oneness of God instantly transformed to become a mission of sharing revelation over the next 23 years of his remaining life. In that sense, all Muslims going to Sunday school as kids, have this story drilled into them.

Thats also the point of departure for me on this #OccupyQuran journey. To begin to experience the Prophets life is to breath in the essence of the Quranic revelation as they came down. The first five verses of revelation were from what is the first five verses of the Chapter on The Clot, or in Arabic, Surah Al Alaq. The rest of the verses for this chapter came down at a later point according to the order of revelation or tanzil that I am following [here]; you can read more about MQSP here, other logistical information can be found [here].

I want to thank Qashif Masud for allowing me the use of his picture above. He creates these amazing wood pieces for custom orders and he kindly let me use the picture from his site of a Quran box with the first verse from Surah Al Alaq on the lid. The brother is an amazing designer and craftsman, he epitomizes what the maker movement is all about. He even states on his site that that is “all about the love for all things handmade.” In a way this is a reflection of the continuing engagement Muslims have with the Quran, as all works – from writing to architecture to this humble Quran box- are a ‘tafsir’ of the Word of God. This philosophy is visible in the special care put in to the pieces he creates, do check him out at his site here.