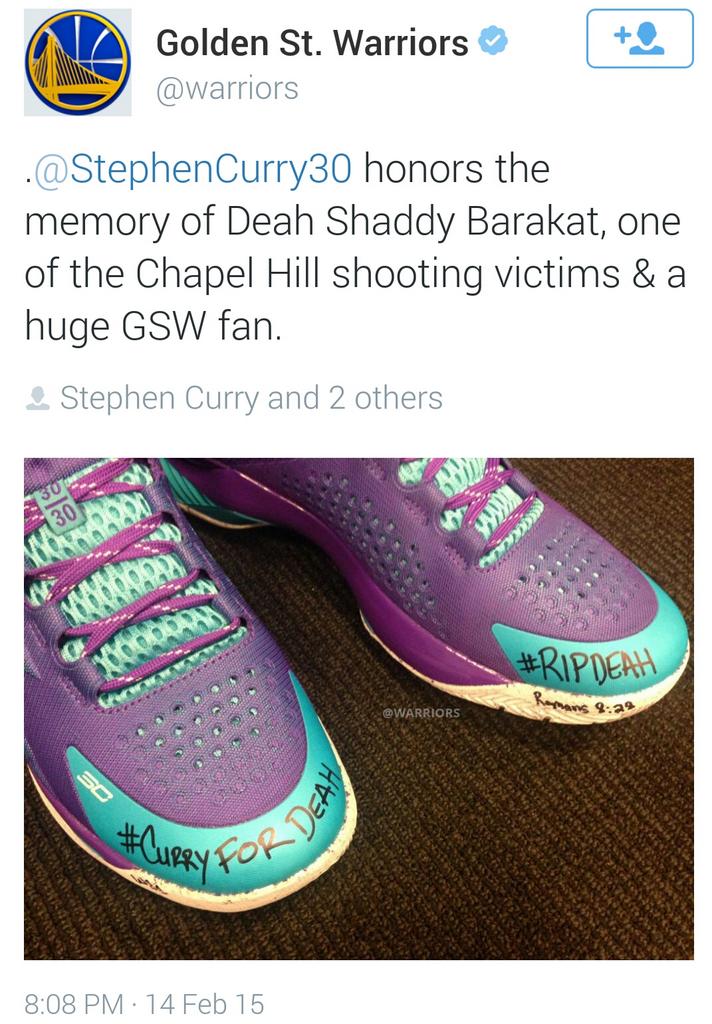 Deah, Razan, and Yusor were part of a tight knit community. I heard of their murders from a North Carolina Imam, Sheikh Faqih of the Islamic Institute of Orange County, who saw the three of them grow up, while he ministered to the community out there. This community, while in the millions is large and world events are felt within the community, as are domestic ones. In Ramadan, you feel things intensified, as domestic and world events converge and resonate in local communities huddling together to break fast and offer prayers.
Ramadan is a time for intense communal prayers, so the feelings are already heightened. Community is what you turn to in times of trauma and in times of joy. Community affects how one responds to these moments in life. In its essence community is a group of people bounded together by shared sense of belonging and feeling of identity. But just because one is a Muslim doesn’t mean that every community is welcoming and sensitive to everyone. There is an orthodoxy, there is a prioritization, whether conscious or unconscious.
For many years now, I was becoming a satellite Muslim. I used to be attached to specific mosques as I moved around Southern California. But in recent years, I had allowed the distance between me and the Mosque to grow. I didn’t see that there was anything wrong with having a long distance relationship. I would attend prayers when I needed to, I would go to Friday sermons, but I had no desire to invest in any particular Mosque community. I was detached, and I had been developing my own sense of spirituality without the need of the Mosque, or any organization, facilitating it for me.
There was a time once, where I was fixated on one Mosque. It encapsulated the essence of community for me. Things happened, and I drifted, looking around for the next space, the next sense of community. But I never “anchored” anywhere. I felt most vulnerable about not being “anchored” during the days and weeks following Chapel Hill murders. I learned during this time the need for a safe space.
I didn’t find that “safe space” in the mosque. Instead of blaming the mosque community, I turned internally for the problem and refused to place the onus of responsibility on the external actors: the Mosque was good, I was looking for things in all the wrong places, is how rationalized my feelings.
This idea of what the Mosque is or isn’t, actually is something I have I grappled with for the past seven years.  The conclusion I drew from this internal dialogue was that the mosque should provide prayer space and Friday sermons. Everything I wanted, it might not be the responsibility of the mosque. But I realize my internal dialogue, is a shared Millennial American Muslim issue. Like so many in my generation, we are grappling with the fact that the Mosque does not reflect our sense of self or community. What that might be is a whole other blog reflection.
The Virtual Ummah and the Need for a Radical American Muslim Identity

One thought on “On Ramadan In Chapel Hill”