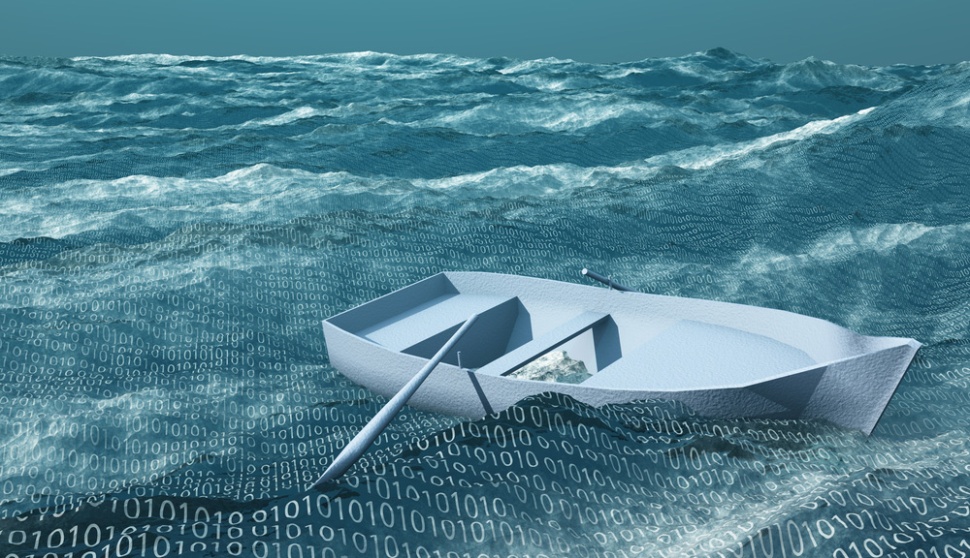 I just finished reading The Silent Intelligence: The Internet of Things by Daniel Kellmereit  and Automate This: How Algorithms Came to Rule Our World by Christopher Steiner, after having gone through the introductory book Big Data: A Revolution That Will Transform How We Live, Work, and Think by Viktor Mayer-Schönberger. It comes on the heels of my initial read into Piracy, and having run into a chapter on how to copyright data developments, I wanted to take a deeper dive into the world of programming and its attendant developments. Reading was a way of educating myself past the consumption of social media and into the actual heart of what all of this means. Obviously there is the socio-psycho-cultural impact of social media has on our lives, but there is also its professional-economic-political implication as well.

If we look at human development, we spent a good part of our collective existence hunting and gathering, then eventually transitioning into agrarian societies. We spent an inordinate amount of time at that level. Then something odd happened, we jettisoned out a largely agrarian existence into the Industrial revolution and ever since then the pace at which technology has pushed us forward has been astounding. Think about how a person who is hitting the century mark basically saw the introduction of electricity, the telephone, television, flight, space flight, a mission that put humans on to the moon and now all those technologies we once considered a fantasy slowly coming to dominate our everyday lives.

We have pushed out of the the industrial epoch, past the informational age that defined much of the Cold War era and the 1990’s into what is seen as the Conceptual Age.

In this Conceptual Age, data and information are a ubiquitous part of our lives. But what is this “Big Data revolution”- when you hear that term, do your eyes gloss over with the thought of infinite amount of spreadsheets incorporating rows and columns galore? Thats how I felt. But its not precisely that way.

In essence data could be anything- videos, collection of pictures, pages of a book. In fact, when it comes to Big Data, xy suggests that we have to step away from our childhood learned notions of organizing, structuring, and categorizing data.

Hitching (Hacking) a Ride on the Revolution

Today when you hear the term “hacking” or “hacker” there is an immediate negative connotation attached to it. Unfortunately that is part of the media oversimplification of a sub-culture, its dominate cultures way of addressing the convoluted techie world that exists today in a way that makes sense to the broadest parts of society. But in that tech world, hacking, is praiseworthy, its about pushing the limits, imagination, and creating; the opposite of the popular media image of hackers being destructive, anarchists, disruptive, anti-sociol miscreants. All of this is to contextualize the idea that to hitch a ride on the big data revolution you need to begin by taking on the hacker ethos, or endowing your kids with it. The most important facet though is to stop being a mere consumer of technology and information. To learn how, you need to begin by doing.

You need to get a good grasp of the hardware and software involved in the revolution, but you also need to be fully engaged in the art of imitation when it comes to utilizing ways of “hacking” hardware and software, then learning to manipulate and utilize data gathering and data to create new meaning from it. Again hacking is very much a do-it-yourself learning, programming, building. You get out of it what you put into it.

In hacking the revolution you also are stepping into the world of educational electronics, which is an investment but not an expensive one. Instead of just simply buying your kids a new computer or lap top, have them make one, why not? Surprisingly there are two really amazing companies out there providing product packages that do precisely that- Kano based out of the UK, and Raspberry Pi.  The concept is simple, you build your own CPU and program it to run programs, like the popular MineCraft game. This gives a good basis to understand how hardware, operating system, and software function. Plus when you want to add capacity or capabilities you can hack it. I have friends who bought their kids the Kano for 150 bucks and the Raspberry Pi B+ Ultimate Starter Kit runs for 70 bucks.

Data is about the interaction of the physical and the virtual, or computing, world. Thats what the internet of things is all about, hooking up our everyday physical objects to collect data, like performance wear that monitors our heart rate and temperature while we work out in order to get a better sense of body metrics during a workout. That shirt is embedded with electronic monitors that collect then transmit data, albeit they also have to be engineered to remain powered, water resistant, amongst other things. This is where Arduino’s come into the hacking-verse.

Arduino is a tool for making computers that can sense and control more of the physical world than your desktop computer. It’s an open-source physical computing platform based on a simple microcontroller board, and a development environment for writing software for the board.

Techhive.com lays out the important fact that Arduino “is sold under a Creative Commons Share-Alike (CC-SA) license, so you can make changes to the original Arduino board or how it’s programmed and release it to the public, so long as you release it under the same CC-SA license.” The Arduino Starter Kit w/170 page book starts at 100 bucks, its a good way to begin playing around and getting a hang of Arduino hardware and programming its software, however, it can get a bit pricey as you would buy further component pieces to produce your own cool projects. Again, Techhive.com has a great post explaining and laying out some resources to get a grasp of Arduino (heres the link again).

Where Arduino hacking sits at a unique intersection. If you can gain a good handle on understanding hardware and programming, then you can begin to manipulate data. An example is Zibel32 who hacked his heating/AC to get better returns on his bills, check out Part 1 video here.

Also check this out this video here.