Tattoo’s are haraam in Islam.  Haraam being that the act is strictly forbidden.  It will lead you to hell, but it isn’t necessarily your ticket to hell, for that there really is the ONE unforgivable Sin.  The Sin of Sins that you can’t repent from, and getting a tattoo is not one of those.  If you happen to be Shia Muslim, tattoo’s are not haraam for you then.  But as a Sunni, of Hanafi school of thought, a tattoo just is out of the question.  Unless of coarse you find yourself a “Halal Tattoo” Parlor (see below) then its significantly less haraam, maybe, but don’t take my fatwa for it baby. 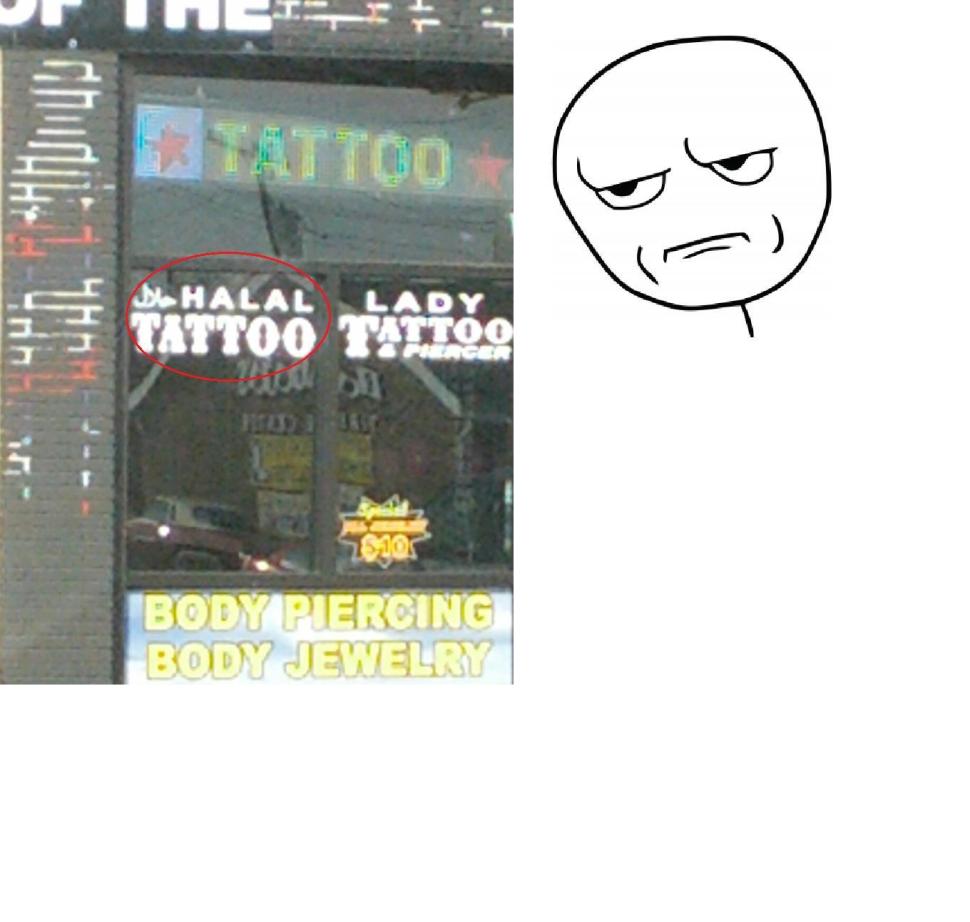