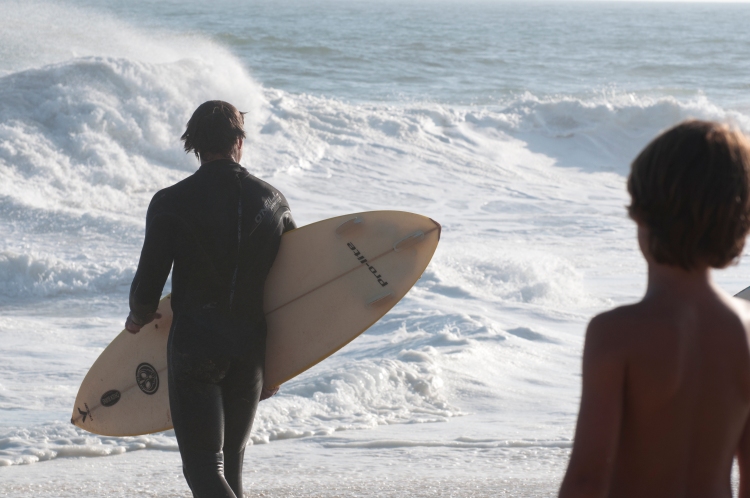 It happens quite often, being told that you aren’t old enough to face up to the challenge.  I was shooting the Wedge in Newport Beach, California some two years ago when huge swells came in and created some awesome surf conditions.  This kid was told he was too young to competently manage the waves.  Truth be told, I wouldn’t even consider going into the waves with my board either.

We undercut ourselves like that so often.  Its something that happens with our parents or the adults around us telling us, from a place of parental concern, not to do something.  But we carry that caution with us, some more then others.

Recently I was at a Friday sermon at my local mosque where the sermon focused on leadership.  The Imam said that he hasn’t met a single 15 year he would consider a man, let alone trust with the responsibility of leading an army like the Prophet (SAW) did before his death.  He then moved on to ask where are these young men, why are they wasting their time and why aren’t they getting their act together.  Thats a valid question and a valid concern, but nonetheless, I was pissed off.  My retort to his question is a question with a statement- those 15 year old boys grew up with people like the Prophet (SAW) and Omar and Abu Bakr (RA), where our our elders who resemble that Prophetic characteristic?

I think being held back like the boy that day is a good thing, it teaches kids to be rational and manage risk better.  However, being held back and being held down also stems from being surrounded by people who don’t embody the very things they are trying to pass on, or worse, they corrupt and manipulate universal values to further their own short sighted goals.